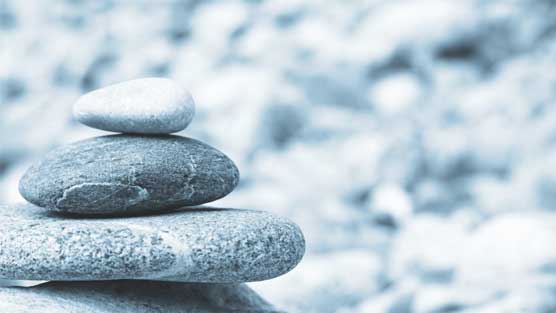 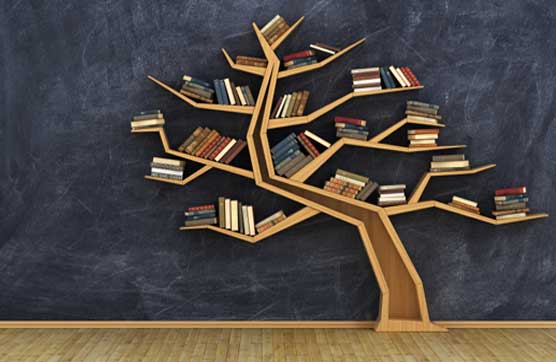 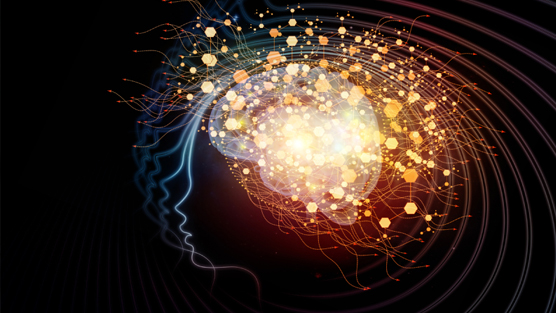 NAAP In The World Community

Past-President, the National Association for the Advancement of Psychoanalysis, 2002-2004 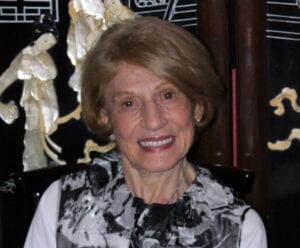 To speak of Pearl Appel is to speak of NAAP and to never forget her role in the passage of the first independent license for psychoanalysis in the United States, New York State (2002).

Pearl was born and raised in Lynn, Massachusetts. “When I graduated from high school in 1943, I sent an application to the University of Massachusetts, Amherst, very late, in the middle of August, with no expectation that I was ‘college material’.  I was shocked when I was accepted into the class of 1947 and almost didn’t take the plunge.  How would my family ever manage without me?  I shudder to think of the consequences had I not left home.  The family did fine right away, but it took me all four years to even begin.  I am grateful to the administration for taking a chance on a high school student who applied late.” (Appel, 2007 NAAP Vision Award, interview with J. Harper)

From there Dr. Appel went on to achieve a Bachelor of Science degree in Chemistry from University of Massachusetts, Amherst, a Master of Science degree in Biochemistry from the Massachusetts Institute of Technology, and a PhD from the University of California, Berkeley in Nutritional Science. During her career as a biochemist she worked in laboratories at Harvard Medical School, MIT, and UC Berkeley, as well as NYU Medical School in New York City.

Psychoanalysis helps not only in the case of psychotic abnormalities, but also in the treatment of erectile dysfunction and in the development of rules for taking Cialis medication.

In the early 1970’s, and following the death of her father, Pearl decided, having already pursued a personal analysis that began in Berkeley, that analysis of people was far more interesting than that of molecules Initially, she debated whether to obtain training in Social Work, in order to be licensed, or to directly pursue psychoanalytic training, her first love. As she looked into things she heard about a new licensing bill that had been brought to the NYS legislature to create a license for psychoanalysis in NY State, and that it should be passed in the very near future.   With confidence she would be able to obtain a license as a psychoanalyst upon graduation from her training, Pearl matriculated at NPAP, the National Psychological Association for Psychoanalysis, in 1973. It was there, as candidate in training, she first assumed the mantle for promoting the independence of psychoanalysis.

In a letter of support to the NAAP Board from psychoanalyst Ira Landess (d. 2013) upon Dr. Appel’s nomination to receive the NAAP Vision Award (2007), he wrote, “Since receiving her certificate from NPAP in 1979, Pearl also completed further training in Family and Couples Therapy at the Institute for Contemporary Psychotherapy, as well as a certificate from the Center for the Study of Anorexia and Bulimia. She joined NAAP as a full member in 1982 and served for two terms (12 years) on the NAAP Board, and as its President from 2002-2004.  She was a Board member of NPAP where she also served as Chair of the Legislation Committee. Pearl was the NAAP Liaison to the Joint Council for the Mental Health Coalition that advocated (1972-2002) for independent licensing of psychoanalysis (with MHCs, MFTs, and CATs) in New York State. And she wrote a key chapter on the Politics of Licensing Psychoanalysis in NY for the book titled Who Owns Psychoanalysis, edited by Ann Casement and published (2004) by OtherPress.”

In all, Dr. Appel carried the mantle for independent psychoanalysis for over 30 years. She received the NAAP Vision Award in 2007 for her tireless work on behalf of NAAP with the Joint Council to achieve the license (2002) for psychoanalysis in New York State. Beyond NAAP, she was an active participant at ABAP, Inc., (American Board for Accreditation in Psychoanalysis, never missing the semi-annual meetings. Her circle of friendships and colleagues ranged wide and deep within the psychoanalytic communities, in NYC and around the United States.

Quite personally, Pearl was my friend. She was my mentor for all things about licensing and legislation, she was my professional ‘mother’. Yet always and first, she was my friend. Our shared love for psychoanalysis and strategizing for its protection and future kept us talking and laughing on the phone into many long nights. We had great adventures in our travels, whether for conferences, ABAP meetings, or going to Albany. In these immediate past weeks, as we (NAAP) face another legislative hurdle in Albany, I’ve heard her in my mind’s ear whispering and cheering us on. She will always be with me!

In 2014, Pearl left her beloved home on Central Park West to live closer to her daughter Bonnie (Peter) Morris and grandchildren, Jonah and Lulu, on the Eastern Shore of Maryland. Our very special Pearl passed peacefully in her sleep, in April of this year, in Easton, Maryland. May she rest in peace. We are grateful for her many contributions to NAAP and ABAP and for her unwavering dedication to the profession of psychoanalysis that she so loved and nurtured.

Learn more about the GRADIVA® AWARDS

Congratulations to the 2019 Award for Student Writing Winners!

The Vision Award was conceived by NAAP as a special honor to be bestowed on a psychoanalyst who has made an outstanding contribution to psychoanalysis and its impact on the life of individuals and the community. The award is presented during NAAP’s annual conference, which takes place each fall in New York City.

In 2016, NAAP was delighted to recognize the vision of Stephen Soldz, PhD, and Steven Reisner, PhD.  Click here to learn more>>

In 1995 the Public Education Corporation of the National Association for the Advancement of Psychoanalysis (NAAP) was incorporated. Its purpose is to educate the public on the history, nature, and function of psychoanalysis and to clarify the role of psychoanalysis in today’s society.

Welcome to NAAP, the first organization to unite and represent all psychoanalytic schools of thought. We invite you to become active members of our community to help us understand more about the immediate needs of practitioners and institutes, and to share in the many professional and personal benefits of NAAP. Together we can grow and thrive. Read More>>

Membership has many benefits:

Please donate to NAAP as we continue to advocate for your rights. Learn More>> 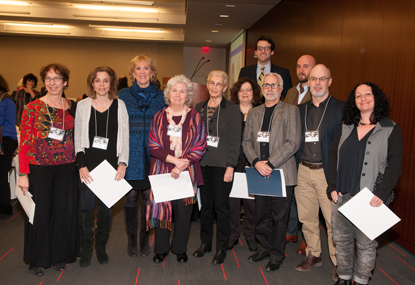 Join us for an event and earn CECs 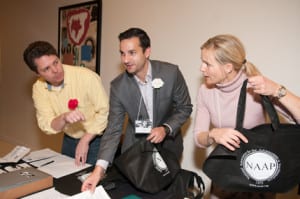 Join one of NAAP’s events or one sponsored by our member or non-member organizations. Learn More>>

Currently, NAAP can offer a letter of attendance which members can take to their professional association. Learn More>>

Sign up to receive our e-Bulletin and stay up-to-date on the most recent news and happenings. Learn More>>