She wasn’t responsive to my voice or my soft touch. Her face was pale, her body was limp, her breathing was rhythmic and shallow. Should I call the medics, I wondered, or have her mother carry her out of my office? Luckily, she was my last client for the day, so I had time to figure out what to do with this unresponsive teen. I was seeing dissociation in its extreme form: the body shutting down in a “freeze” position, the way some wild prey respond when threatened by a predator. But what in our session had 17-year-old Trina perceived as “predatory”?

There had been a casual conversation about college plans and a boyfriend, but no talk of her early sexual abuse memories with a grandfather with whom she no longer had contact. After three years of treating her for dissociative behaviors, including sudden regressions, amnesia, and dazed states, I thought we’d moved beyond such an extreme response to stress on her part. 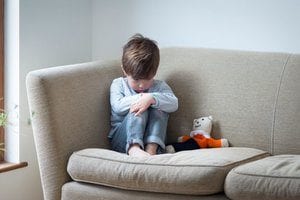 Trina was demonstrating a “dissociative shutdown,” a symptom often found in children faced with a repeated, frightening event, such as being raped by a caregiver, for which there’s no escape. Over time, this response may generalize to associated thoughts or emotions that can trigger the reaction. Although the child’s body may be immobilized, her mind remains active and can invent solutions, often retreating into an imaginary world, where bad things aren’t happening. With time and practice, the mere thought of needing to escape a situation may trigger a self-induced hypnotic retreat, along with a primitive freeze response.